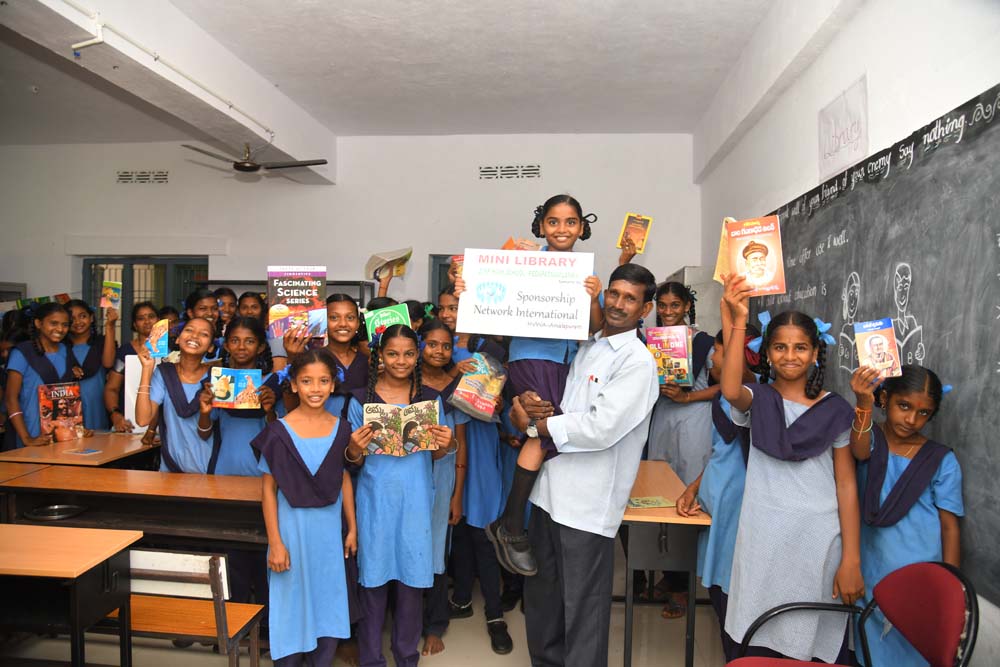 According to current estimates 80% of schools in India are government schools, making the government the major provider of education. Those that can afford it send their kids to private school as the quality of public education is so low, due to the lack of classrooms, the lack of libraries and computers etc. Most government schools do not have libraries, and even in the classroom books are scarce, and large class groups make it even harder for pupils to access the books. Most parents are illiterate, so there is often little support for reading habits at home. This year Sponsorship Network funded 10 libraries in the villages near Amalapuram, for these children. The Library project aims to develop reading habits among the children and thus widening their world of knowledge. The libraries are now accessible to the children during school time and they will also be able to borrow the books to take home with them.